If labor wants higher living standards for a lifetime and their children’s as well, public policies must protect and nurture capital so it’s as plentiful as possible.

For example, auto workers in the Detroit-area often won contracts giving them more lifetime compensation (particularly health benefits) than the companies they worked for could consistently generate. The long-term result: a city that’s a rusted skeleton of its former self, bankrupt, with fewer jobs, and lower living standards relative to the rest of the country.

Attempts to redistribute wealth in Detroit ended up redistributing the capital to other states, and to the suburbs. In fact, when looking at wealth disparity look no further than the disparity between Detroit and its surrounding suburbs.

The best way to increase capital investment is to increase the after-tax return to capital, by cutting taxes on corporate profits, dividends, and capital gains, as well as hastening the ability to write-off the cost of buying new plant and equipment.

This reminded me of a great info-graphic I saw yesterday, which accompanies a terrific article by FEE’s Lawrence Reed on the interdependence of labor and capital. 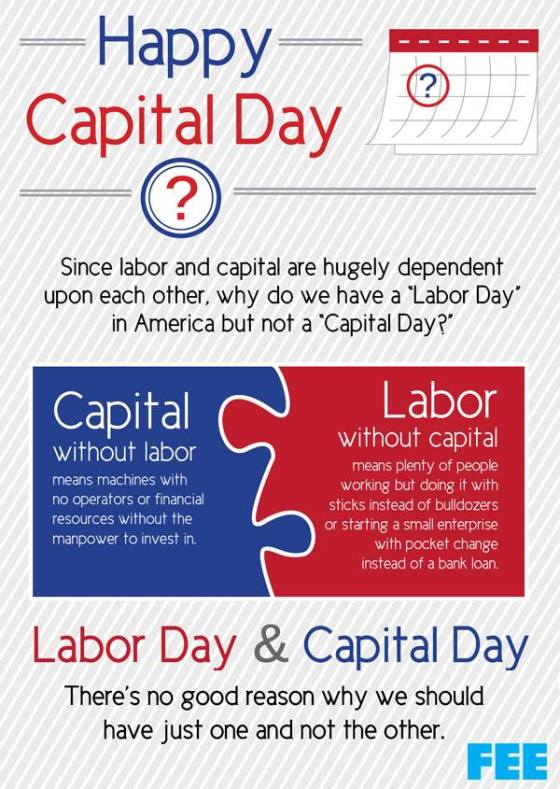 “Anarchy” in the (not-so-wild) Wild West
Be careful with LFPR!

Another quibble with incentive talk